by I believe in my mess 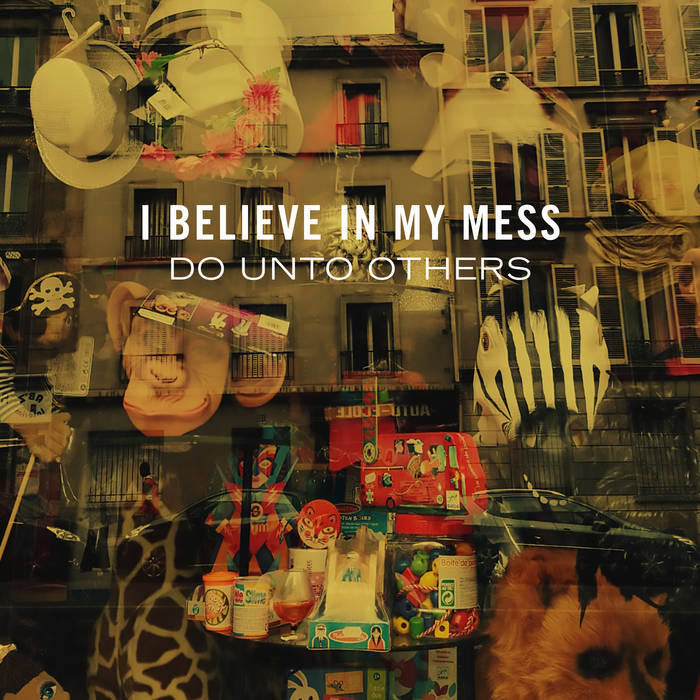 - "Amster-Goddamn! I Believe In My Mess have only come up with a great sonic nugget" (BBC Ulster/MB Record Show - Michael Bradley)
- "One of the best albums of the week" (Trouw - Klaas Knooihuizen)
- "I am very taken by the album" (BBC Radio 6 - Gideon Coe)
- "Do Unto Others is a colorful mix of hard, soft, harmony, chaos, cheerfulness and crisis. However, it never gets too heavy, the band always sounds entertaining in its own way.” (Written In Music - Edwin Hofman)
- "Ten great sounding tracks" (Muziscene - Wim du Mortier)
- “It’s like musical play-doh, do look them up” (BBC Radio 6 Recommends – Steve Lamacq).
- "A sensational debut LP by an inventive duo. Also works great as an antidepressant." (Opduvel - Gert Derkx)
- "My favorite album of 2020" (It's Sooo Different - Berend Dubbe)

Do Unto Others
debut album from I Believe In My Mess

Do not do unto others what you would not want others to do unto you. This "Golden Rule", already found in the teachings of Confucius (551-478 BC), is an important principle in almost every world religion. Apparently this rule appeals to many people.

The Golden Rule is of course at odds with reality. Does the Rule still have value in the present time, which is, as some have it, characterized by an ever-increasing individualism, egoism and rudeness? Reciprocity in particular is under pressure. One seems to expect kindness and respect from the other, while this does not have to be shown to another in return. Perhaps the Golden Rule is in effect little more than a desire of how people might interact.

Ultimately, everything you do resonates with something else. This is, inevitability, the starting point for this album. Do Unto Others is about behavior towards others, about doing good to someone else, making other people happy, about sharing love and knowledge, about expressing opinions, imposing opinions, having a big mouth, about racism, oppression and the despair that this will never will stop.
But it is also about withdrawing oneself and avoiding confrontation with the other. Don't do unto others. About doing nothing, because you know how life works anyway, about boredom, about shyness, and about waiting until everything is over. It won't be long!

Sounds and dubs by I Believe In My Mess.

All respect due to King Tubby and his honourable disciples for re-inventing modern music.

I Believe In My Mess at the controls.

I believe in my mess Amsterdam, Netherlands

I Believe In My Mess: Geert de Groot on bass, guitar & synths, and Frank van Praag on guitar, rhythms, electronics, vocals.
The musical world of this Amsterdam-based duo is rooted in classic funk, indie & electronic music, and informed by dub, krautrock & psychedelic. Much of this world is instrumental, text and vocals play a lesser role. An experience in musical freedom at its best! ... more

I believe in my mess recommends:

Bandcamp Daily  your guide to the world of Bandcamp

outré black metal, with a Victory Over the Sun interview and music from Liturgy and Jute Gyte.